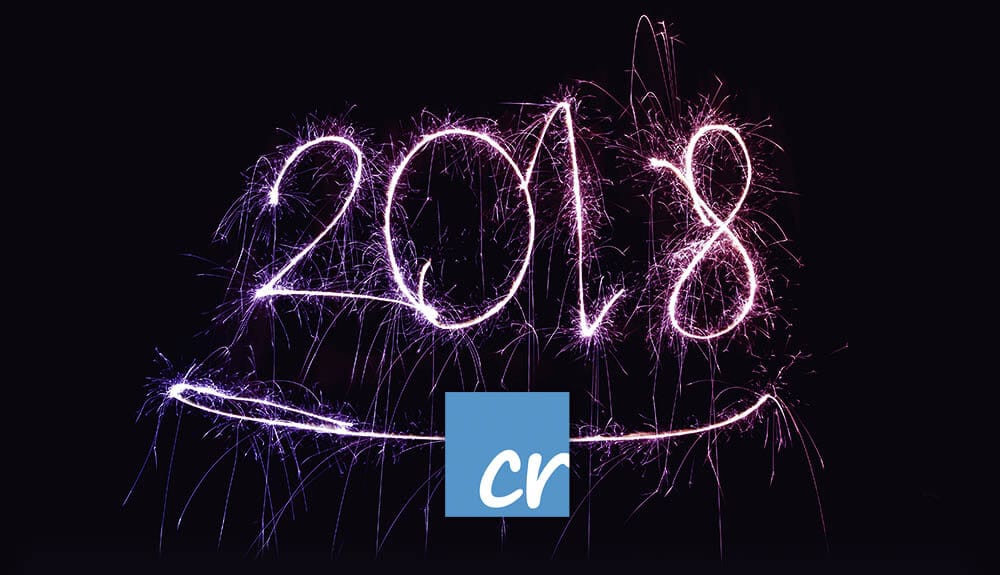 2017 was a big year for Crelate. Exciting new features were added to the platform, Crelate partnered with some great organizations, and the Crelate applicant tracking system received awards for excellence in several categories. We also saw our customer base more than double to over 600 staffing, recruiting and professional services firms. We are so proud to be able to help our customers succeed and look forward to helping much more in 2018!

To take some time to reflect on the achievements of last year, and get ready to dive into 2018 with fresh enthusiasm, here’s Crelate’s 2017 year in review.

Crelate started off 2017 with the completion of a infrastructure hosting upgrade that more than doubled the server capacity from the previous year.

In February, Crelate released the Crelate Chrome Extension 3.0, which improved the efficiency of getting qualified candidates into the Crelate system.

The Crelate Chrome Extension automates tasks like generating PDF resumes, and candidate detection which passively checks to see if an applicant is already in the applicant tracking system.

The Crelate development team also started work on some key features for release in the summer of 2017.

The Crelate blog continued with the instructional angle and offered millennials some advice for transitioning between jobs (a phase that Crelate’s software hopefully makes as short as possible).

Crelate continued to improve their position in the GetApp rankings, and was moved up to #7 on GetApp’s index of top applicant tracking systems.

In June, Crelate rolled out a suite of improvements and new features. Crelate added a new Business Premium product level for users that require more security, customization, and compliance than the Professional product level offers.

This round of improvements also added features like custom user roles, auditing, and email template tags.

July was all about customers as Crelate examined customer reviews from software review sites like Capterra, GetApp, and G2 Crowd. The examination revealed recurring themes of Crelate customer reviews.

Crelate customers described Crelate as a great, easy to use, and customizable applicant tracking system.

Crelate also received honors as one of the best recruiting software solutions for small businesses, where Crelate was ranked second.

Crelate made moves to help improve the recruiting and staffing industry in September by becoming a bronze sponsor of the 2017 conference from the National Association of Personnel Services.

Just in time for Halloween, Crelate released a unified solution that combines recruiting customer relationship management and applicant tracking. This tool enables recruiting and staffing agencies to manage their sales and recruiting pipelines within the same software for more efficiency and better client relationships.

The Crelate West Coast office moved back to Kirkland in November, bringing things back to where they started, albeit in a better office space.

Crelate also continued to show community support by partnering with the Georgia Association of Personnel Services.

To cap the year off, Crelate announced the reception of two more awards for excellence. G2 Crowd named Crelate the “Most Implementable” applicant tracking system, and Capterra bestowed Crelate with three badges: Best Value for the Money, Best Customer Support, and Most Recommended.

2017 was a great year for Crelate. If the success Crelate had last year is any indicator, 2018 should be packed with even more achievements for the company.

We look forward to continuing our mission of consistent improvement in 2018. Crelate will keep improving and bringing the best recruiting software to talent-focused businesses everywhere.

Hat tip to NordWood Themes for the photo.